AIAA at JHU: Who we are 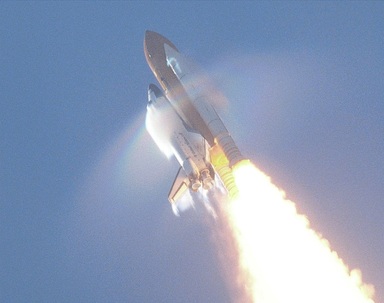 This is the home page of the Johns Hopkins University Student Chapter of the AIAA. Check out the calendar and come to one of our meetings, which are the 2nd and 4th Tuesday of every month in Latrobe Hall room 106 on the Homewood campus at 3400 North Charles Street.

The AIAA JHU chapter strives to do awesome stuff that our general body will enjoy. If you enjoy aeronautics, human spaceflight, robotic missions to Mars, astronomy, or enjoy the medical side of what happens to the human body in zero-g, then this is the club for you. If you like it, so do we.

Make sure you join and become an official AIAA Student Member! Some advantages include:

At midnight on 31 January 1963, the American Institute of Aeronautics and Astronautics (AIAA) officially began operating. The results of years of careful planning, AIAA was a new society formed by the merger of two venerable predecessor societies, the American Rocket Society, which had begun in 1930 as the American Interplanetary Society, and the Institute of the Aerospace Sciences, established in 1932 as the Institute of the Aeronautical Sciences. Although many of the roughly 36, 500 total members in both societies had argued against the merger, the vote was strongly in favor of combining. The hard part, that of sorting out over 60 years’ combined activities of publications, awards, local sections, and staff, was still ahead.